8 main languages for the backend 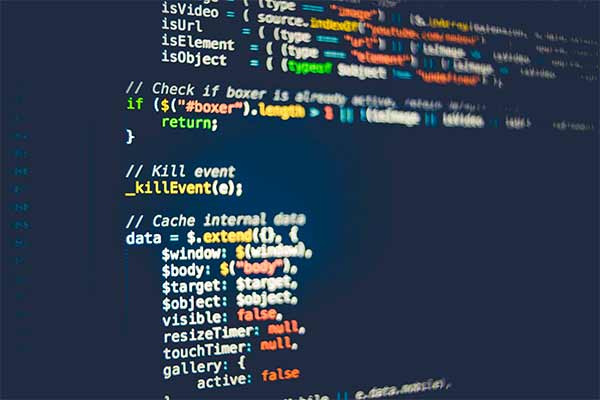 8 main languages for the backend

The backend is a layer that connects the interface to the database, allows you to receive responses from the server and ensures the operation of the site. In this article, we will tell you about backend languages: what you can do with them and which large companies use them.

Java is one of the most popular programming languages. It is universal and has been used for more than 20 years.

Versatility is provided by the Java Virtual Machine (Java Virtual Machine, JVM). In many languages, at compile time, the program is translated into code that can work differently on different devices or platforms. There is no such problem in Java. The JVM plays the role of an intermediate level — from a Java program, it makes code that can be executed on any computer, regardless of where the code was compiled.

Java has a large community, and you can find answers to almost any questions about the language on the Internet.

What can I do in Java

Java technologies can be used for many tasks, including:

Which companies use Java

PHP is used by about 78% of all sites. The language appeared in 1995, when there were not so many opportunities for creating dynamic web pages. PHP is dynamically typed, and the same piece of code can behave differently depending on the context, which makes PHP programs difficult to scale and sometimes slow.

PHP is a great language for beginners for a number of reasons:

What can I do in PHP

Which companies use PHP

An open source framework ASP.NET Microsoft is used to create websites using languages such as Visual Basic (VB), C#, F# and others.

.NET works on the basis of the MVC architectural template (Model-View-Controller, Model-View-Controller). The controller accepts user requests and interacts with the model to process data. Then the result is passed to the view and displayed as a web page interface.

Released to the public in 2016, .NET can integrate with iOS, Linux and Android via .NET Core. It is very stable and reliable, which makes it a popular choice for business. Because.NET is a Microsoft product, it has quite good support.

C# is a high-level programming language. This means that developers can write programs on it that are independent of the processor architecture of a particular computer.

C# is popular among developers because it has some of the advantages of C++, but it is easier to write code in it and avoid gross errors at the same time.

Visual Basic is a descendant of BASIC, which inherited its style and combines elements of OOP. This is a simple language for beginners: it is widely distributed and has a simple syntax. VB is often used for prototyping.
The disadvantage of VB programming is the large amount of memory required to install and run development tools.

What you can do on .NET

With the help.NET you can:

Which companies use it .NET

Ruby on Rails is a web framework based on the Ruby programming language. Ruby on Rails has a set of ready-made tools that allow you to quickly perform basic tasks.

Ruby is quite concise and does not require a lot of code for the backend, which allows developers to quickly create and run prototypes (Ruby is similar to Python in this way). Ruby’s popularity grew in the early 2000s, but has since declined markedly.

Ruby is an open source language, which means it can be modified and supplemented.

What can I do in Ruby

Ruby allows you to:

Which companies use Ruby

Python has become a very popular programming language. It is used both for web development and for creating desktop applications. On the Web, you can find a huge number of training sites, tutorials and manuals on Python, which makes it an accessible language for beginners.

In addition, the Python syntax is simple and easy to understand compared to other languages. Python supports object-oriented, functional and aspect-oriented programming, and it is also a dynamically typed open source language.

What can I do in Python

Some of the most popular uses of Python are:

Which companies use Python

JavaScript (not to be confused with Java) is a flexible language that can be used for both frontend and backend. This is a good language for beginners, because there are few settings in it, and you can start writing code directly in the browser.

The flexibility of JavaScript is sometimes expensive: scripts run slowly, they are difficult to maintain and scale, as in most dynamically typed languages.

JavaScript has a large community, and there are many useful materials for studying it on the Web.

Significantly expands the capabilities of the JS software platform Node.js. With its help, code written in JS can be run without a browser on the backend. And the presence of a huge number of ready-made solutions in the npm package ecosystem allows the developer not to waste time creating most standard solutions.

What can I do in JavaScript

Web applications and software are created with JavaScript, namely:

Which companies use JavaScript

Go is a language with strict static typing. It has a fairly concise and simple syntax based on C, but significantly modified, with a lot of syntactic sugar.

What can I do on Go

Which companies use Go

This review, of course, is not a complete list. If you are planning to become a backend developer, look for vacancies that interest you and highlight the technologies that are required in most companies. If you have very little knowledge in programming, you can start training with basic courses and books on a specific language.